Nonprofits are able to serve their communities because of every single donor that supports their mission through volunteering, advocacy, and gifts of all shapes and sizes. Each supporter deserves appreciation for what they bring to the table.

When it comes time to plan a large capital campaign, though, it’s time to focus on those constituents who can make or break such a significant undertaking: major donors.

Major donors are the lifeblood of a capital campaign, so they’re important to identify and solicit. But it’s not always so easy to know who has both the ability and propensity to donate to your nonprofit, much less one specific campaign. 1

To help you out, we’ve gathered the top three techniques capital campaign fundraisers need to follow to find their next major donors:

It’s easy to feel overwhelmed with the prospect of soliciting major donors because there’s a lot riding on those specific donors. Statistically, more than 88% of your funds come from major gifts! 2

With these strategies on your side, you have nothing to worry about. So let’s get started!

1. Look within your donor database.

As all fundraising professionals know, it’s much harder to solicit an entirely new set of donors than to ask existing supporters for another donation. 3

Think about it in terms of finances. You can spend a lot of money on mass marketing to a wide pool of potential donors who might or might not return that investment with a donation. Or you can send significantly fewer, more targeted messages to donors you already support your mission.

As such, the best place to start looking for major donors is within your own donor database.

Of course, you already know some donors who you could reach out to for a major gift: the ones who have donated large gifts before! But to know which of your current donors has the possibility to become a major donor for the first time, you’re going to need the following information:

Not sure how to do this yourself? You can always employ a prospect research firm, fundraising consultant, or software solution to batch screen your donor database automatically or manually. 5

Once you’ve examined your donor database for major donors, it’s time to look beyond the constituents who have supported your nonprofit in the past. You need a prospect list, either one you drew up yourself in-house or one you contracted from a prospect research firm.

But looking beyond your current donors doesn’t mean you should leave them entirely out of mind. On the contrary, your existing donors are your best connection to prospective donors outside your organization.

Put yourself in your prospect’s shoes. You’re a C-level employee at a large corporation. You’ve held seats on various nonprofit boards and regularly post articles about charitable causes on your social media profiles.

You don’t have the time or inclination to respond to an email inbox full of generic solicitations from every nonprofit you’ve never heard of. But what if an old coworker called you to invite you to their favorite charity’s New Year’s gala? Wouldn’t you be much more likely to respond to someone you know?

Ask your current donors to leverage their professional relationships with the individuals who made your prospect list. 6

Business relationships are also important beyond the connections they build to potential donors. You should check your donor database for supporters with the following business connections, which can pay off during your capital campaign:

These types of business data points might not currently exist as fields in your donor prospect profile. But if you’re about to take on a major capital campaign, then you need to know more about these areas than a generic profile might reveal. 7

The personal touch is everything with major donors. 8 No one will contribute a major gift without really feeling like that donation is not just necessary but appreciated and meaningful.

Before you launch a capital campaign, get personal with your potential major donors by hosting an event.

When nonprofits think of events, often they think of charity auctions or group volunteer events. That’s not what we’re talking about here. We mean events during which donations are not actively collected.

The primary benefit of these events is the chance you get to talk to your most important donors and prospects, to learn more about them and what they care about — and, of course, to convey what you care about. 9

Having a hard time thinking of examples? Here are a few:

The beginning of a capital campaign is a great time to hold more personal events that give you facetime with your donors because there’s nothing more powerful than an in-person solicitation.

You don’t even have to have publicly launched your campaign yet to host one of these events. Many nonprofits use the quiet or planning phase of their capital campaigns to connect with major donors and major gift prospects.

So, who should you invite? Try a guest list made up of:

Always include a “plus one” in your invitation. You never know who could show up that wasn’t on your prospect list will end up contributing a major gift because of what they saw or heard.

An important element of any kind of nonprofit event is the follow-up. Always send a note thanking your donors and prospects for attending, mentioning specific conversations you had or people you introduced them to.

Your follow-up is where you include a strong call to action, demonstrating that you were listening to what the attendee had to say and you’ve concluded that they would be an excellent partner in your upcoming campaign. 10

Soliciting major gifts for a capital campaign isn’t an exact science. You will almost always have some of your asks declined, and some of your donors might surprise you with the gifts they’re willing to contribute.

Though you can’t force anyone to donate a certain amount, you can use the strategies at your disposal to show your major gift prospects how great a fit they are for your organization.

To learn more about these topics, check out these additional resources: 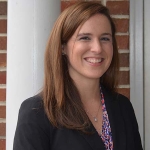 Sarah Tedesco is the Executive Vice President of DonorSearch, a prospect research and wealth screening company that focuses on proven philanthropy. Sarah is responsible for managing the production and customer support department concerning client contract fulfillment, increasing retention rate and customer satisfaction. She collaborates with other team members on a variety of issues including sales, marketing and product development ideas.