Capital fundraising is not rocket science, but it’s not a day in the park either. For many nonprofit staff and volunteers, the prospect of a capital campaign can be daunting. Are they ready? How can they know they will be successful? What are they getting themselves into?

At the risk of over-simplification (because let’s be honest, no two campaigns are the same), we have identified three key building blocks for a successful campaign (and by successful, we don’t just mean reaching your financial goal. We also mean campaigns that make your entire fundraising program stronger and more sustainable.)

Once an organization decides to have a capital campaign, it’s easy to jump the gun and plow right into solicitation mode. The better idea, however, is to STOP and make sure that there is an inspiring story to tell, enough of the right people to tell it to, and a good plan and strategy for sharing it. When you do that, reaching your capital campaign goal becomes as easy as 1, 2, 3. 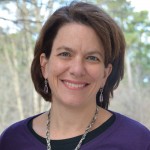